Timpanogos Cave National Monument announced on Friday that proposed visitor center development plans which included a shuttle system are no longer believed to be feasible.

An environmental assessment/general management plan released earlier this year gave five alternatives for the proposed project that hopes to replace the current visitor’s center, a “temporary” double wide trailer, put in place after the previous visitor center burnt down in 1991.

The announcement came after a cost study looking into the alternatives found that adding the shuttle service to the cave would add between $3.00 and $10.00 to every adult cave tour ticket.

As a result of the findings and surprising demand from the public, the preferred option, is now to move the highway so that the parking lot and a new visitor’s center could be built together at the trailhead to access the cave. 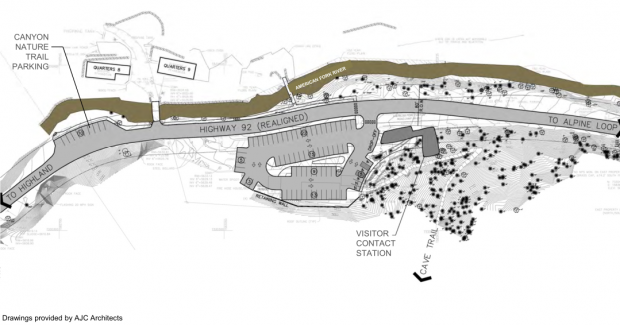 Follow along with the progress at of the proposal by visiting the Timpanogos Cave National Monument Park Planning website.