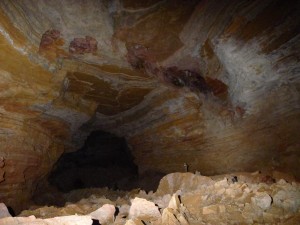 A group of 10 cavers from all over the United States recently made some exciting discoveries while on an expedition inside Lechuguilla Cave in New Mexico’s Carlsbad Caverns National Park.

The eight-day expedition in early May resulted in the discovery of a new section of cave passages with large rooms, deep pits, and many new leads and saw the greatest amount of distance added to the survey in one day since 1989.

The new area, dubbed Oz, was discovered after cavers successfully climbed a dome, known as the Kansas Twister, which measured in at 164 meters (535 feet), or the taller than a 50 story building. This makes the Kansas Twister the deepest pit (natural, direct, vertical expanse) known in Carlsbad Caverns National Park. 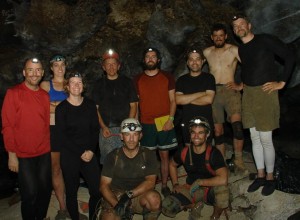 Since exploration began in 1986, over 215 kilometers (134.6 miles) of cave passages have been surveyed, making Lechuguilla one of the longest caves in the world.

For more information check out the trip report which team leader Derek Bristol posted on CaveChat.