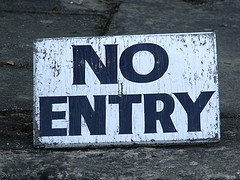 In response to a recent petition to the White House by the Center for Biological Diversity which called for the closure all caves and mines on public lands, caver John Dunham has created an opposing petition to “support conservation, recreation, science, and personal freedom by mandating public access to caves on public lands.”

While the pro closure petition argues that the fungus, Geomyces destructans, which causes white-nose syndrome, is easily carried on the shoes, clothes or gear of any person visiting contaminated caves and is very likely being spread by people. John Dunham contests that it would cause more harm than good.

This is a serious threat to the caves, which are often vandalized when responsible visitation is removed, and does nothing to protect the bats from White Nose Syndrome, since WNS is spread bat-to-bat and bats do not follow closure orders. Any human contributions to spread can be eliminated with hot-water cleaning of caving gear, assuming a human vector ever existed.

Closing publicly owned caves to the public is a threat to
conservation, a limitation of freedom, and is based on bad science. John Dunham

The pro caves petition, created using the “We the People“, tool on the White House website, will be reviewed by policy officials and an official response will be issued if it reaches 25,000 signatures by May 13th.

support conservation, recreation, science, and personal freedom by mandating public access to caves on public lands [We the People via John Dunham]