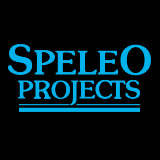 Renowned cave photographer and publisher Urs Widmer died in Switzerland on Sunday morning after a battle with pancreatic cancer.

Urs was the founder and co-owner of Speleo Projects, an international caving publisher known for it’s yearly caving calendar, which he ran with his wife Sue.

George Veni of the National Cave and Karst Research Institute, wrote a nice write-up about him on Speleogenesis, an excerpt of which is below.

Through his publishing business and talents, he supported the production of many excellent books, newsletters, and journals, giving of himself, his creativity, and experience whenever possible. In 2006 he received the Spelean Arts and Letters Award from the NSS for his great achievements and contributions as a cave photographer and publisher. Urs served as a member of Bureau (governing board) of the International Union of Speleology (UIS) from 1993 to 2001. He co-organized the wonderful 12th International Congress of Speleology in 1997 in Switzerland, published its beautiful 6-volume set of proceedings, and gave vital assistance to many other congresses and conventions. George Veni, Executive Director, National Cave and Karst Research Institute