A Texas cave will soon be open for its semi-annual cave public cave tour.

With approval from the U.S. Fish and Wildlife Service, the Texas Cave Conservancy, which owns the land the cave is on, developed the site as an educational show cave to highlight the important connection between caves and water.

Just like the hundreds of other karst caverns that occur in central Texas, the water that enters Avery Ranch Cave near Austin, Texas eventually ends up in the Edwards Aquifer.

One of the most important groundwater resources in the world, the Edwards Aquifer provides water for around two million people. 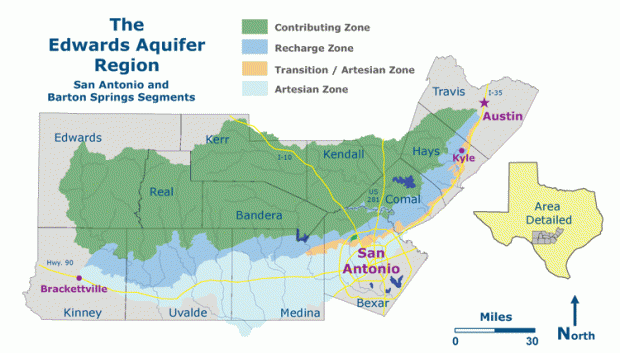 Avery Ranch Cave is open to the public twice a year, the next date is April 14th, 2012. For more information visit the Texas Cave Conservancy website.