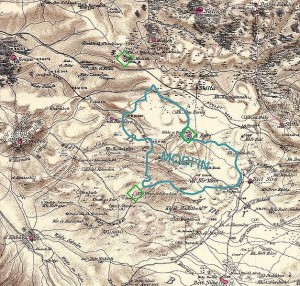 Five thieves are under arrest after being caught Israeli antiquities inspectors while searching an ancient cave for treasures.

Five of six men were apprehended near the city of Modi’in between Jerusalem and Tel Aviv after they had been spotted scouring the site with a metal detector. They are now suspected to be behind other lootings in the same area.

One of the sites is a popular target for thieves because of a mention in one of the Dead Sea Scrolls, as a potential location of the treasures of the Jewish Temple.

Before they were caught, the men uncovered an ancient Jewish ritual bath. Unfortunately though, much of the important archaeological information was lost in the process.

The thieves face up to five years in prison.