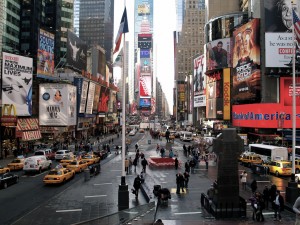 Though a partnership with Bacardi, Bat Conservation International will be soon be launching a 15 second public service announcement for the 2012 International Year of the Bat.

The announcement, which features the environmental and economic benefits of bats, will be displayed on the 6 meter (20 foot) tall CBS JumboTron on 42nd street in New York City’s Times Square.