A Glimpse into a Novice Caver’s First Experience Underground 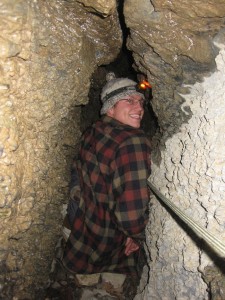 Earlier this month, reporter Christian Woodard had his first underground experience while on a trip to Vermont’s Weybridge Cave.

The article he wrote following the trip should be an interesting read for experienced cavers to get a glimpse of what new folks take away from a trip underground.

Among other things, Christian notes the difference between cavers and spelunkers, that it’s not ok to take souvenirs or to leave trash, and that bats are having some issues with White-nose Syndrome.

Most of all, his excitement and interest at going caving again comes across.