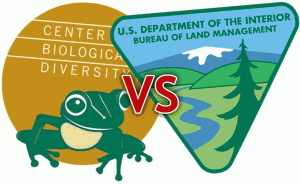 A federal court judge in Washington, D.C. has sided with the U.S. Bureau of Land Management and it’s decision to allow members of the National Speleological Society to visit caves during their convention in Glenwood Springs, Colorado next week.

The Center for Biological Diversity had filed a lawsuit due to concerns over spreading White-nose syndrome in bats.

About 1,400 cavers are anticipated to attend the convention, which aside from caving, will feature presentations and a way for cavers to meet and exchange information.

Mollie Matteson, spokesperson for the Center for Biological Diversity, told the Post Independent that her organization was disappointed with the Friday ruling.

The Center for Biological Diversity plans to continue to lobby the BLM to implement cave closures, as the U.S. Forest Service has done.

For more information on the 2011 NSS Convention, visit nss2011.com.