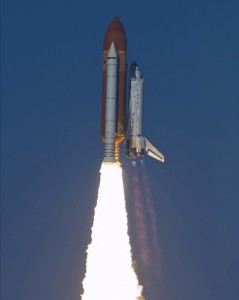 This past week the crew of astronauts from the American space shuttle Discovery visited New Zealand on a morale building exercise to help support victims of the Christchurch earthquake that occured February 22nd, 2011.

On Friday the crew took in the Waitomo Caves, abseiling 100m into Mangapu Cave (The Lost World) and then travelled back to the surface through it’s massive passages.

“The Waitomo Caves were like nowhere else on earth. The rock formations and glowworms were breathtaking, and the guides added that unique kiwi charm and humor.” – Steve Lindsey, Commander