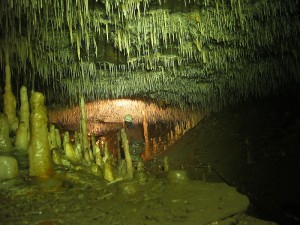 It has just been announced that on Friday May 6th, 2011, the British Cave Research Association will be holding a cave science field meeting to study the formation, geology and archeology of the Ease Gill cave system.

The Ease Gill Cave System is the longest and most complex cave system in Britain, with around 76 km (47 miles) of passages, including connections only passable by cave diving. – Wikipedia

Talks will be offered in the morning followed by an opportunity for those with caving experience and equipment to head underground to visit County Pot and Bull Pot of the Witches. Others will be offered a guided walk to visit entrances and other surface features of the cave system.

More infromation will be released as the date comes closer.