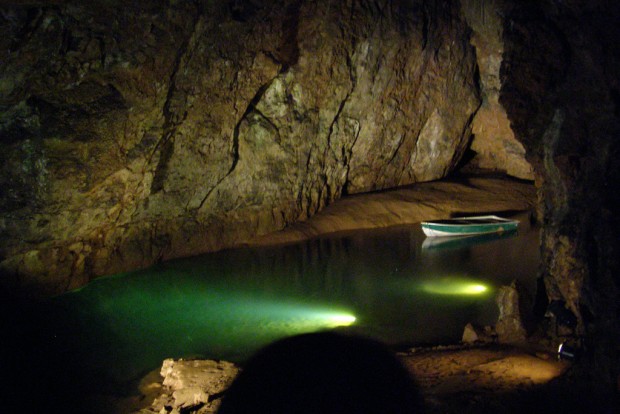 Plans are in the works for a major expansion at Wookey Hole Caves that would open an area previously only seen by cave divers.

The project will see a new 70 meter (230 foot) long access tunnel bored through the rock to allow visitors to reach 20th Chamber, home to an underground lake and spectacular cave formations.

The local authority have passed our plans for this exciting new development, and we start work today literally tunnelling into the unknown. Daniel Medley, Wookey Hole Director

Touted as the most exciting addition to the caves in over 40 years, the move is part of a £4 million (~6.2 million USD) investment — between £2 million and £3 million for the tunnel and associated work with a further £1 million investment planned for later in the year — in the tourist attraction, which brings visitors and tourists into the West Country from all over the world.

All the geotechniocal checks have been made and we believe the tunnel will take around a month of work, and it will be ready in time for the summer holidays. Daniel Medley, Wookey Hole Director

Once complete Wookey Hole will be one of the biggest showcave systems in all of Europe and should represent a major boost to the region’s tourist industry.

With over three million visitors to the caves in the past 10 years, staff hope that the new cavern will give previous visitors a reason to return.

This is such a monumental phase of the caves history; so much so that we are in talks with documentary makers to track the progress of the project. Although we have seen images of the cavern taken by divers, for us we are literally blasting in to the unknown so we are all very excited to see what lies on the other side. Daniel Medley, Wookey Hole Director