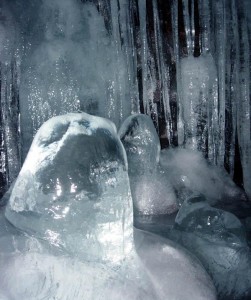 In an effort to protect the ice in the cave from melting, only six people are allowed to visit the cave each Saturday during the winter. Regrettably this leaves thousands of people who visit the park unable to experience the cave.

Although the video will surely pale in comparison to the real thing, it is big step to bring the experience to everyone.

It’s a spectacular resource, but because of the massive impact of too many visitors, it’s tough to allow too many people in the cave. Mike Reynolds, Lava Beds National Monument Superintendent

Not only will the video allow more visitors to experience the cave, it will also serve as a historical record of the caves ice formations. Other ice caves in the park no longer have ice or are seeing once-large areas of ice rapidly declining.

Scheduled to be filmed in March, the eight to ten minute video is expected to be available online and at the visitor center by early summer.

The project will be funded through the Fund for People in Parks which focuses on assisting lesser-known parks that often have smaller budgets.

[via Herald and News]