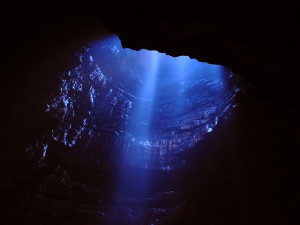 In its second call out of the year, members of Yorkshire’s Cave Rescue Organisation came to the aid of three cavers after they became trapped in North Yorkshire’s Gaping Gill on Sunday.

The group of cavers had been on a through trip between OBJ Hole and Stile Pot, when they were unable to negotiate the connecting Horrocks Stearn crawl. With their ropes already pulled down, they were marooned until rescuers, dispatched when the group was reported overdue, arrived to help them out.

The three were escorted out to the surface via Wades Entrance and brought down to Clapham.