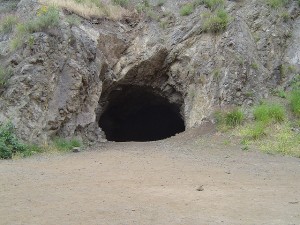 O&G Industries, a Connecticut based construction materials and services company is planning to build a new hibernaculum for bats at a limestone quarry it operates near New Milford.

Working with the Connecticut Department of Energy and Environmental Protection, the company hopes to build the hibernaculum to attract bats from an old abandoned mine shaft on the site, which they currently occupy.

The mine shaft, which was once not very significant, is now one of the few hibernaculums in the state — maybe, the only one — not infected with Geomyces destructans, the fungus that causes white-nose syndrome.

The hope is that bats will migrate over to the proposed purpose-built bat cave, so that in 10 to 20 years when O&G’s active work site is nearer to the existing hibernaculum, the bats will already have moved and will not be disturbed.

Let’s hope that this attempt will have better luck than some of the other recent attempts at building an artificial bat cave.