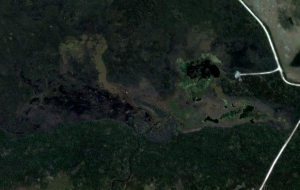 Australia’s Piccaninnie Ponds Karst Wetlands has just been recognized as one of the world’s most important wetlands.

Located on South Australia’s limestone coast, Piccaninnie Ponds joins over 2,000 locations around the world on the Ramsar List of Wetlands of International Importance.

Known for its rich ecosystem, which supports at least seven threatened species such as the endangered Australasian bittern and the critically endangered orange-bellied parrot, and crystal clear water, the site is a popular destination for cave divers, who have dived the springs at the site to a depth of 110 meters (360 feet).

Already listed as an Important Bird Area by BirdLife International, The South Australian Government first nominated the 860 hectare site to be included in the Ramsar List in 2009.

Ramsar is an intergovernmental treaty between over 160 countries that works toward the conservation and sustainable use of wetlands.