Carbon and Boundaries in Karst Conference Wraps Up 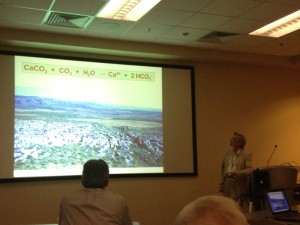 Will White discusses carbon fluxes through the karst system: “This is what we’re talking about.” Photo by Lee Boop

The Karst Waters Institute and the National Cave and Karst Research Institute co-sponsored the “Carbon and Boundaries in Karst” conference at the NCKRI facility in Carlsbad, New Mexico. The conference commenced on Monday, January 7th, and finished on Friday, January 11th.

The event united scientists from seven countries, including 38 speakers, with some presenting via Skype. In addition, seven posters were presented. Three scheduled discussion hours allowed conference participants to discuss the future directions and aspirations resulting from this meeting. 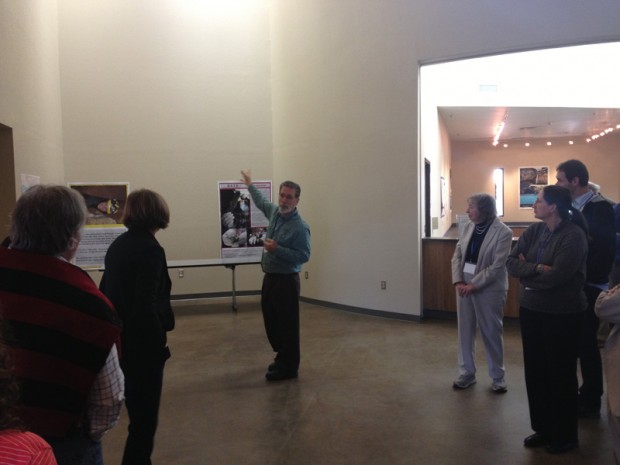 George Veni, Executive Director of NCKRI, gave a very animated tour of the NCKRI facility. Here, he visualizes the future entry area of the building. To the right of this photograph is the reception and future bookstore area. Photo by Lee Boop

A mid-conference field trip brought conference participants to Carlsbad Caverns National Park, where the morning hours were spent meandering down the path from the main entrance to the elevators, and the afternoon hours spent in the Big Room. 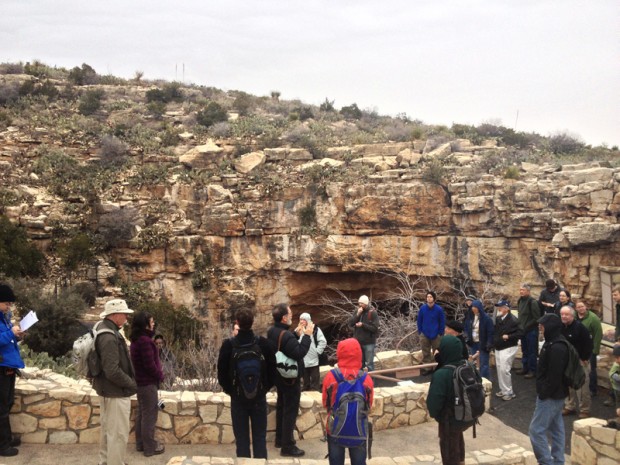 The full conference program can be downloaded at the conference website.