Ask Cavers: What Piece of Caving Kit are You Most Thankful For? 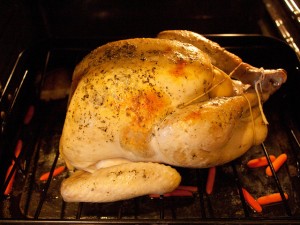 With tomorrow being Thanksgiving in the US, we’d thought it would be fitting for this weeks ask cavers question to find out what piece of caving equipment you are most thankful for.

Is it a helmet that took an impact so your head didn’t have to, or a backup ascender device that saved you when your primary malfunctioned?

Let us know your choice in the comments below, and don’t forget to tell us why it’s so special.

As expected some of the most discussed movies in last weeks question were blockbusters like Sanctum, Decent and The Cave. While many of them were discussed in a negative light, especially The Cave, Sanctum appeared as the overall winner of the group.

The documentaries Cave of forgotten dreams, Journey Into Amazing Caves and the BBC caves series were all spoken of highly.

Other more obscure films were also discussed such as previous NSS Salon winner L’Abisso, the 2008 Portuguese documentary Cabo Espichel, and Sid Perou’s short classic, What a way to spend a Sunday.

Furthermore, a number of others mentioned that YouTube was the best place to find authentic caving films.