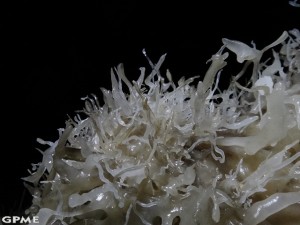 Members of the Pierre Martin Speleology Group (GPME) are celebrating the recent discovery of a large new chamber in Brazil’s Santana Cave.

First discovered on September 7th, the chamber, filled with speleothems, is thought to be one of the most beautifully decorated in the cave.

The discovery came 37 years after the previous major discovery, a network of galleries known for their rare, delicate and beautiful speleothems. Found in 1975 by members of the CEU (Centro Universitario Excursionista) during Tatus Operation (a 15 day underground permanence and chronobiology experiment), the galleries were dubbed the Tatus Network.

Located in the state of São Paulo, the cave, which is also known as Roncador Cave, was first described by the German Sigismund Ernst Richard KRONE in 1909. Despite not being explored at the time, it was believed that the cave had the potential to be one of the largest in the area.

At over 8 kilometers (5 miles) long and still going, it seems now that the projection is coming true.

The goal of the next trips are to explore two upper galleries inside the chamber which have not yet been visited.