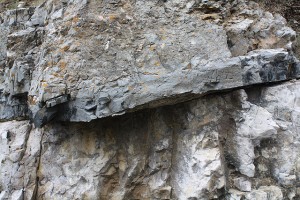 Hundreds of species that live in the limestone caves of southern Vietnam are under threat due to the high demand for cement in a region with a booming economy.

The caves of Hon Chong, one of the few limestone outcroppings in southern Vietnam, are some of the world’s most biodiverse cave ecosystems and are home to hundreds of invertebrate species such as spiders, mites, and millipedes that are found nowhere else on the planet.

On the other side, Holcim Vietnam claims that it follows the highest international social and environmental responsibility standards and that it is working to offset the damage caused to Hon Chong’s limestone by its operations.

Although the company is helping with a project to relocate rare monkeys living near the caves, and donations to a wetland-based crane conservation project, the small cave dwelling invertebrates are being ignored.

The problem is that limestone caves do not (have) any charismatic animals or plants that would melt people’s hearts if they died out, Peter Ng Kee Lin, Biologist at the National University of Singapore

As the limestone deposits in the region have rugged terrain, they have been spared from agricultural development, leaving the caves as isolated islands of biodiversity, filled with organisms still unknown to science.

It’s rather like a company going in to mine the Galapagos just before Charles Darwin arrives, Tony Whitten, Asia-Pacific Regional Director, Fauna & Flora International

Unfortunately for the folks who have tried to save the area for the past 15 years, they have found few allies in government, industry or among locals.