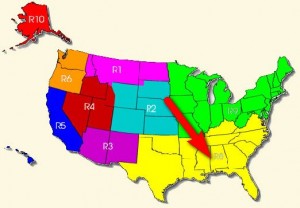 On May 21st, the U.S. Forest Service extended the emergency temporary closure of all caves and mines on National Forest System Lands in its Southern region for another year due to the continued threat of white-nose syndrome.

Initially closed in April 2009, the Southern Region encompasses 13 States—from Virginia to Florida and Oklahoma – as well as Puerto Rico, although it was not included in the closure.

The closure limits everyone, except rescue personnel, to enter caves or mines unless authorized by the Regional Forester or Forest Supervisor. Failure to comply with the closure is punishable by a fine of not more than $5,000 for an individual or $10,000 for an organization or imprisonment for not more than six (6) months, or both.