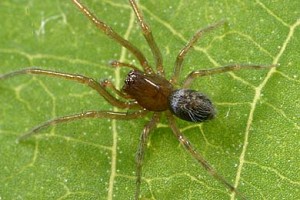 A rare Texas spider has been discovered after not being seen for more than three decades.

The Braken Bat Cave Meshweaver was first identified in 1980 in a now closed entrance to Braken Bat Cave near San Antonio. After its discovery the spider disappeared and has not been seen since, prompting its addition to the federal endangered species list in 2000.

Now two weeks ago, a spider was discovered and identified as the Braken Bat Cave Meshweaver about eight kilometers (five miles) from the cave where it was originally found.

Unfortunately for commuters in the area, the spider was discovered after rain exposed a 2 meter (6 foot) deep natural hole in the middle of a major $15 million underpass project in northwestern San Antonio. As the spider is a federally endangered species, its habitat is projected and the construction project has been put on hold.

Federal agencies must now re-evaluate the project to determine if it can be modified or if it must be scrapped altogether in order to protect other endangered spiders potentially living in the area.