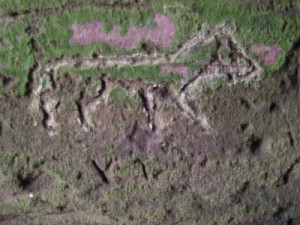 New carvings found inside a Scottish cave could be up to 900 years old.

Members of the Save the Wemyss Ancient Caves Society (SWACS) recently discovered new carvings inside Well Cave, one of 12 caves found along the East Wemyss coastline.

Although the caves in the area are known for their Pictish carvings, the new discoveries are the first carvings to be found in Well Cave, a small two chamber cave which sits right below the remains of Macduff Castle.