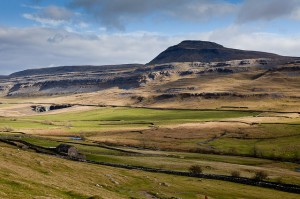 Despite the huge success, the money raised was a far cry from the £20,000 (~$30,000 USD) the popular Broughton Game Show – cancelled after a conflict with the Olympic Torch’s tour through the area – was expected to bring in.

Last month’s event departed from the usual Three Peaks path, and instead followed new routes which visited areas of Ingleborough that are normally restricted.

Participants had the choice of running or walking one of the two routes, The Ingleborough Marathon, a 42 kilometer (26 mile) route, or the Clapham Circuit at 21 kilometers (13 miles).

Due to the positive feedback from this years event, CRO Challenge 2013 will keep the same routes. It has been scheduled for Saturday, May 11, 2013.