Poll: How restricted are caves in your region? 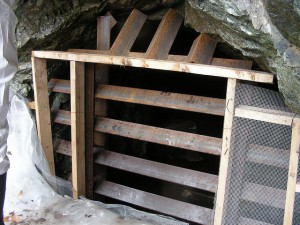 Photo by U. S. Fish and Wildlife Service

In some regions in the world, caves are largely ignored by officials, while others they are heavily policed.

The recent appearance of White nose syndrome in North America will most likely have a big impact in restricting many caves, now and in the future.

Let us know how restricted the cave are in your region by answering the poll or leaving a comment below.

How restricted are caves in your region?

Last week’s poll had some interesting comments from readers. Even though about 20% of answers indicate that they have never broken a speleothem, some folks couldn’t believe that anyone could claim not to have broken one.

The fact is that some caves don’t have many speleothems, and some have so many that it’s nearly unavoidable.

who hasnt crawled through a formation room and popped a soda straw with the battery pack on your helmet? John Doe

On of the neatest comments came from til who had wrote that he/she intentionally harvested speleothems in order to save them from being destroyed in quarry operations later in the year.

Thanks again for all the responses!