Drought Causes Villagers to Search for Water in Caves 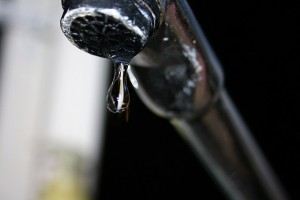 Villagers of China’s Yunnan province are being forced to search previously unexplored caves for water during a severe drought in the region.

One third of the 6 million people in the province are short of drinking water after a drought that began in 2010 continues to plague the population.

Recently villagers in Fuyuan county, Qujing city, in southwest China began venturing into caves in the mountains in order to find water.

To reach a subterranean river discovered in one of the caves, locals climb down 90 meters (295 feet) in nearly vertical passages on ladders made of branches. With each 20 minute trip a villager carries 15 kilograms (33 pounds) of water to the surface by balancing it on their backs and shoulders.

The township is now hoping to receive funding from authorities so they can purchase a pump to transport the water.

Villagers in Yunnan Venture down to Fetch Water [crienglish.com]