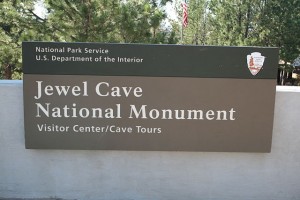 The plot of the exercise was that a park employee discovered a potentially radioactive container inside the cave, and the 82nd Civil Support Team were notified.

Based at nearby Ellsworth Air Force Base, the 82nd CST is one of 57 such teams across the United States who are trained to respond to chemical, biological, or radiological threats.

A team of 14 personnel arrived at the cave and were soon able to identify the material in a trashcan. The training then began its next phase when one of the team members feigned suffering a broken leg and required rescuing. Assisted by park staff, the “injured” man was successfully extracted from the cave.

Some photos of the exercise are available on the South Dakota National Guard gallery on flickr.