International Symposium on Mine Caves to Return in 2012 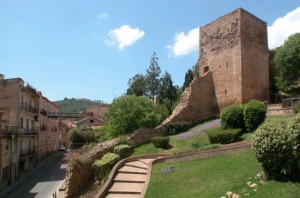 Photo via Second International Symposium on Mine Caves

The Second International Symposium on Mine Caves is coming back to Iglesias, Sardinia-Italy in 2012. Held first in 2004, the conference acted as a catalyst for mine cave research across the globe which flourished in the years afterward. Hoping to again have the same influence, the conference will be held from April 26th to 29th.

Since ancient times caves were used by humans as ways to gain a means of entry into the earth, allowing access to minerals unavailable on the surface. Eventually this led to mining or digging to reach these natural cavities, which became known as mine caves.

Having only recently become the subject of research, these cavities which are quite common in carbonate formations are extremely important from a speleological, historical and tourism standpoint.

The four-day conference will hold talks and presentations on the latest developments in mine cave research, including Mexico’s Naica Cave with it’s cavern of giant crystals, as well as an excursion to the Iglesiente mine caves.

Hosted by the Sardinian Geomining and Historical Environmental Park, together with the Sardinian Speleological Federation and the Italian Institute of Speleology, the event is accepting abstracts for interested presenters until January 31, 2012.

For more information on the conference, including registration and accommodations, head on over to the Second International Symposium on Mine Caves website.