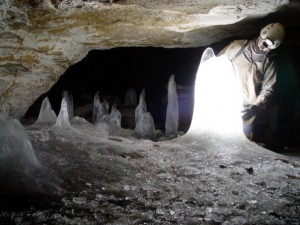 During the summer of 2012 American cavers will attempt to break the U.S. deep cave record for limestone caves. Northern Montana is known for alpine caves with long approaches. In the mid 1970’s cavers started exploring the north cirque of Silvertip Mountain. Their efforts culminated in the discovery of the -321 meter (-1052 feet) deep Silvertip system and a number of other significant caves. In the early 1980’s interest in finding deep caves on Silvertip Mountain waned. From 1985 – 2000 there were fewer than a handful of trips to the cold, remote caves.

In 2001 interest in finding deep caves in Montana was rejuvenated. A small band of four cavers, Hans Bodenhamer, Jason Ballensky, Philip Rykwalder and Ben Sainsbury set out to set a new depth record for limestone caves in the United States. The remote wilderness area they chose to explore in involved a 40 kilometer (25 mile) approach. In 2005 Jason and Ben located over 15 entrances on a long day hike on the eastern flanks of Turtlehead Mountain. At random the team chose one to enter and two days later the cave was over 213 meters (700 feet) deep. It would take another year until Virgil the Turtle’s Greathouse Cave was bottomed, and at -483 meter (-1586 feet) it is only 6 meters (18 feet) feet shy of an American depth record for limestone caves.

In 2012 the now expanded team of cavers hopes to connect Virgil to another nearby cave, Tears of the Turtle, and gain the America depth record for limestone caves. They also have hopes of pushing the -271 meter (-890 feet) deep Tickle Me Turtle past the -457 meter (-1500 feet) mark. 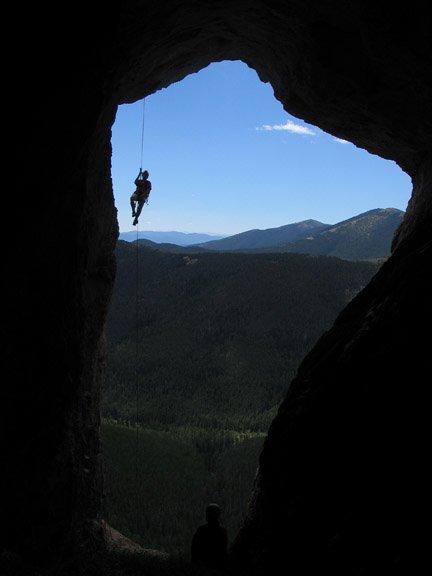 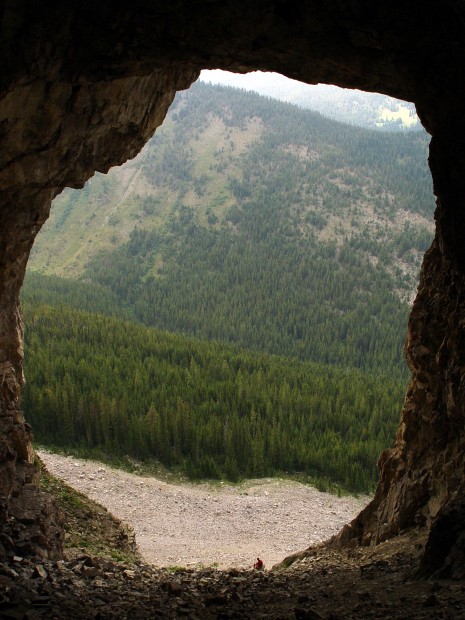 About Philip Rykwalder
Since starting caving in 1993 at the age of 14, Philip has caved throughout the United States and the world. In 2011 he started a company, Cave Now, Inc. with the goal of sharing his love of caves. Connect with Philip Rykwalder on Twitter and Facebook.
Sorry, comments have been closed.