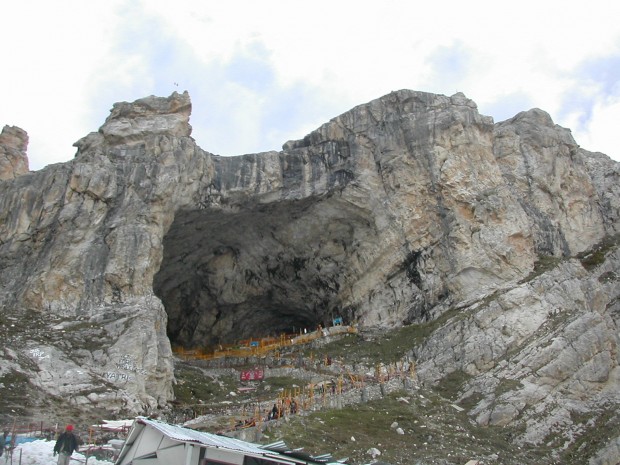 The annual pilgrimage to the cave of Amarnath on the side of India’s Mount Amarnath has attracted a record number of pilgrims.

Approximately 635,000 Hindus from around the world made the journey 3,800 metres (12,800 feet) above sea level to worship at one of Hinduism’s top religious sites.

A large natural ice formation that occurs annually in the cave is seen as a symbol of Shiva, the Hindu god of destruction.

At its start on June 29th the formation measured 3.6 metres (12 feet) high. Likely due to a combination of the record number of visitors giving off body heat, and warmer temperatures in the region, the formation had shrunk to a tiny stump by the end of the pilgrimage last Saturday, a full two weeks earlier than usual.