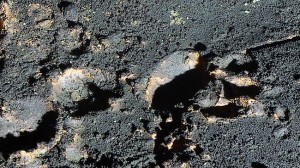 Cavers recently discovered the footprints of the extinct Tasmanian tiger in a cave in Western Australia.

The extremely rare footprints were found in soft mud in Augusta’s Jewel Cave while taking water samples in a remote area of the cave.

They were discovered right next to where the bones of a Tasmanian tiger or thylacine were found in the 1960’s.

Due to the very soft mud, scientists are reluctant to take castings of the new find for fear of ruining the prints. 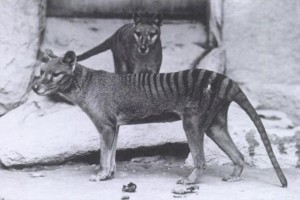 Tasmanian tigers preyed upon kangaroos across Australia for about four million years until hunting and the introduction of disease and dingos early in the 20th century wiped them out. The last Tasmanian tiger in captivity died on September 7, 1936.

Images of the new Tasmanian tiger footprints as well as never-before-seen photographs of prints discovered nearly 20 years ago are now on display caves in Augusta.