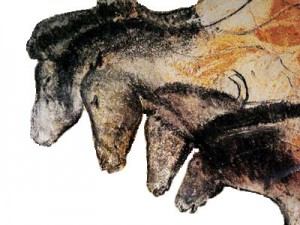 In an effort to preserve the art, the cave has been closed to all except scientists and other experts. There are currently plans being developed to build replicas of some elements of the caves for public consumption, similar Lascaux II, the replica of the Lascaux Cave.

Another effort to bring the cave art to the public, Werner Herzog‘s 2010 3D documentary on the cave entitled Cave of Forgotten Dreams, has recently became the highest-grossing independently released documentary of the year.

A campaign was launched on June 14th, 2010 in order to gain support for it’s inclusion. The application reasons that this unique site, considered by many to mark of the birth of the art, deserves join other art caves Lascaux and Altamira included by UNESCO.

Show your support for Chauvet Cave’s UNESCO application by filling out their online form or joining their facebook group.