Friends of the Eramosa Karst Victorious 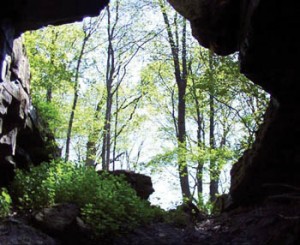 A Canadian group is celebrating a victory today. Friends of the Eramosa Karst, a group based in Hamilton, Ontario has succeeded in protecting an 80 acre tract of land that contains streams feeding an adjacent Karst Conservation Area. The land was proposed as a development site of about 800 homes and there was concern the development would pollute or destroy the streams feeding the karst.