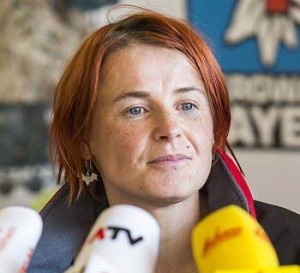 The Austrian Speleological Association is mourning the loss of a one of their most active cavers, who was killed during an accident in a German cave earlier this week.

She was 70 meters (229 feet) deep in a newly discovered alpine cave near the border of Austria, which is located at an altitude of 1600 meters (5250 feet), when the freak accident occurred.

Cave rescuers were called out to the scene, but the injuries were so severe that she was unable to be transported and succumbed to her injuries in the cave.

An obituary has been posted on the Austrian Speleological Association website.