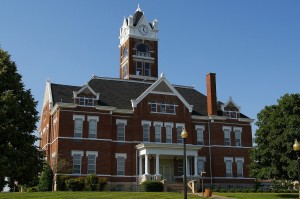 Cavers checking on the health of caves in Missouri’s Perry County have discovered a vast improvement over previous visits.

Perryville News tells that members of the Missouri Speleological Survey and the Cave Research Foundation were in Perryville, Missouri for four days last week to investigate caves as part of an agreement with the city.

Exploring 15 caves the teams found the caves had cleaner water and in some cases even life, signifying a much healthier cave system. One of the caves, which hadn’t been visited in 30 years, had previously been reported to have bad smelling air, detergent bubbles in the water, trash throughout the cave and no signs of life. This time the story was much different.

Such a vast improvement has been made. I immediately noticed the cave no longer smelled as it did before. The water is clear and clean and we saw several species of life including cave salamanders, amphipods, isopods, crickets, a carp minnow and a rare pink planarian, which are very sensitive and can only reside in a healthy cave system. Richard Young, Caver

The team did come across a few issues which needed attention, including replacing an existing cave gate with a bat friendly gate.

We have made a recommendation to the city, that they replace one of the caves’ gate with a bat friendly gate. This particular cave has the perfect set up for bats, but is not being utilized by the species most likely due to the gate in place. No bats were found in any of the caves explored over the four day period. Scott House, Missouri Speleological Survey Vice-President

A city representative relayed that they will look into purchasing the gate and reiterated that the city is willing take steps to preserve and promote a healthy habitat in its caves.

The area around Perryville and Perry County, Missouri is riddled with over 600 caves, while Missouri as a whole is known to have over 6,900.