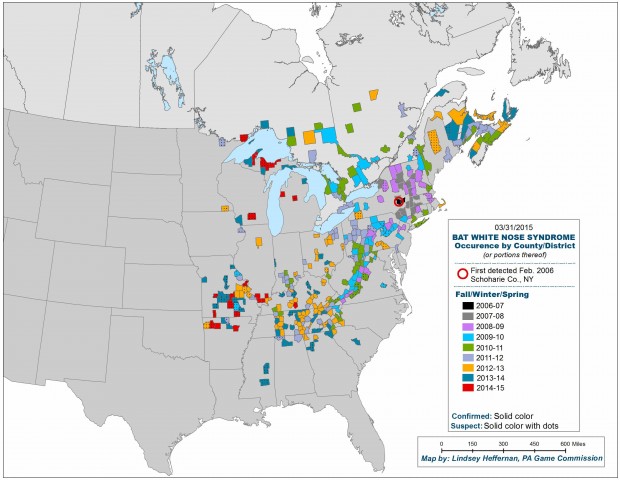 Just across Lake Superior from the Michigan findings, a suspect site has also been identified in Ontario. This site marks the furthest west the pathogen has been found in Canada.

Produced by Lindsey Heffernan of the Pennsylvania Game Commission, the map shows the confirmed and suspected occurrences of WNS by county/district from its initial discovery in 2006 through March 31st, 2015.