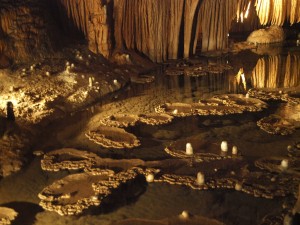 Titled “Shake and Quake: Earthquake Preparedness is in the Bag!”, the program will cover earthquake history, the impacts earthquakes have on society and, most importantly, how to prepare for one.

Following the program, attendees will be shown a video about why we have earthquakes in the central United States and why they seem to be more powerful and destructive than earthquakes on the western coastal areas.

The free event begins at 11:00am. Refreshments and handouts will be provided.

Each February, Missouri observes Earthquake Awareness Month to educate the public about the very real threat of another catastrophic earthquake occurring in the state.

On Feb. 7, 1812, one of the country’s most powerful earthquakes on record struck in southeast Missouri in what is now known as the New Madrid Seismic Zone (NMSZ). While no one can predict exactly when an earthquake will occur, many experts agree that large earthquakes in the NMSZ still pose a threat to the region.

For more information on the event, visit the Onondaga Cave State Park website.