Panorama of the field filled with piles of tires. Photo by Chad McCain

Over two weekends, March 30th and April 13th, cavers from Missouri’s Meramec Valley, Middle Mississippi Valley and Southeast Missouri Grottos came together to remove over 1,000 tires from a number of sinkholes in Perry County.

The sinkholes, near Running Bull Cave, are only a few of many in the region’s Swiss cheese landscape which is home to four out of five of the states exceptionally long caves. 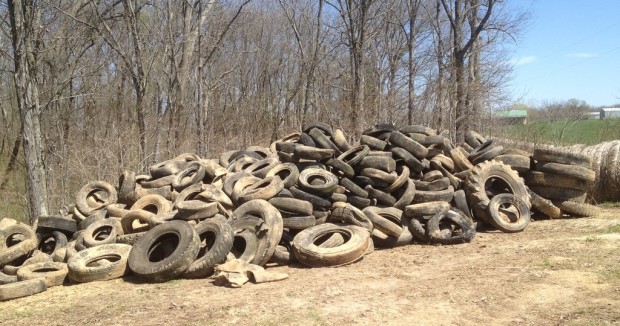 A pile tires pulled from the sinkholes. Photo by Bryan McAllister

To remove the tires, which had been on the property for some 50–60 years, the cavers dug them out of the ground, chained them together and with the help of tractors, pulled them out. 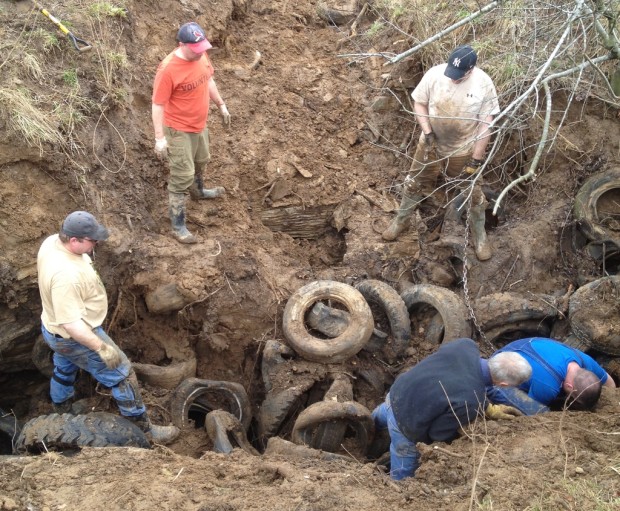 Cavers chaining together tires for removal. Photo by Bryan McAllister

Then, as if that wasn’t enough work, another team used sawzalls to cut the side walls of the tires open, in order to release all the heavy clay still trapped inside, before finally stacking them on a trailer and hauling them away. 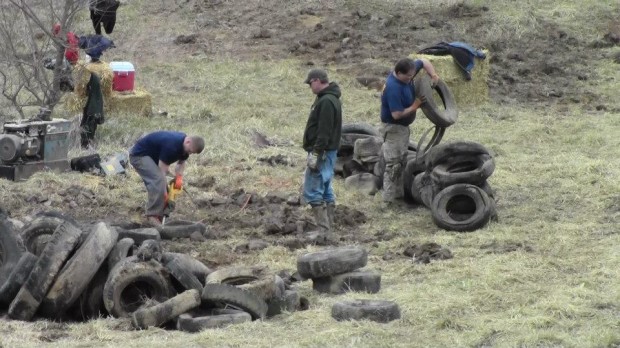 Using sawzalls to cut the tires open so the clay inside could be removed. Photo by Chad McCain

As compensation for all their hard work, two small openings were discovered during the extractions. The first, an approximately 4.5 meter (15 foot) deep pit ending in a constriction, was described by SEMO Grotto Vice President, Chad McCain as tightest, most difficult rappel he’d ever done. 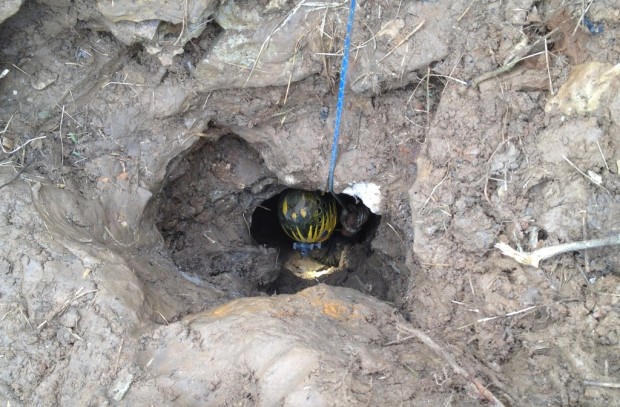 This is just the beginning, as there are still many other sinks on the property still requiring tire removal and an untold number of entrances still covered, however further efforts will likely have to wait until after farming season ends in the fall.