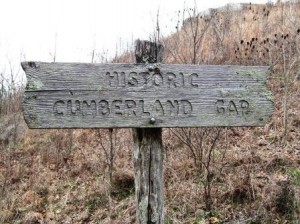 According to a news release, Park Superintendent Mark Woods has confirmed that three bats, from three different caves in the park have tested positive for the disease.

Two of the bats showed visible signs of WNS.

With more than 30 caves, including Gap Cave which hosts guided tours, Cumberland Gap National Historical Park is home to six species of cave-dwelling bats, including the endangered Indiana bat.

To try to delay the arrival of WNS and to be fully prepared should it appear, decontamination procedures were adopted at the park more than three years ago. Visitors on Gap Cave tours were being asked to not to take any items in caves since 2006 inside, while their footwear was decontaminated before tours.

As with nearby Mammoth Cave National Park, which itself confirmed WNS in one of its caves last month, Cumberland Gap National Historical Park has a mission to preserve natural treasures as well as provide a way for people to enjoy them.