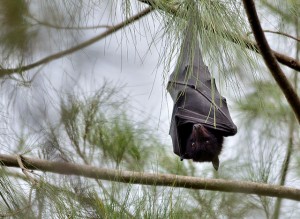 The ongoing record-setting heat wave in Australia is giving their large flying fox bats a hard time, causing hundreds to fall out of the sky.

With record temperatures at nearly 50° Celcius (122° Fahrenheit), some of Australia’s flying fox bats are so dehydrated and heat stressed that they just cannot stay in the air.

In one incidence, volunteers were able to save 160 young bats after their entire colony, consisting of mainly mothers and pups, succumbed to the effects of the hot weather.

While flying foxes bats mainly roost in trees, some occasionally use caves. It would seem that the ones who chose the caves made a smart move, being able to enjoy cooler temperatures during this scorching weather.