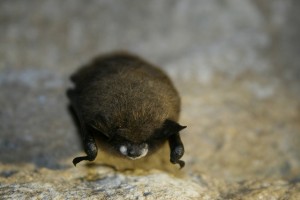 Researchers at University of Wisconsin-Madison have confirmed that caves and mines can serve as reservoirs for Geomyces destructans, the fungus that causes white-nose syndrome.

A study just published in Applied and Environmental Microbiology shows that, by remaining cool year round, the fungus can survive in soil in these underground cavities for months, even years, after the bats have left.

By analyzing soil samples collected during the summer from 14 WNS-positive caves and mines, researchers were able to find viable samples of the fungus.

We cultured the fungus from 200 milligrams of soil, and that amount could easily be transported in the tread of a boot. So even if a cave does not have bats, there is still a risk that people going in could spread the fungus. Jeff Lorch, research associate in the Department of Forest and Wildlife Ecology at the University of Wisconsin-Madison

Although the study didn’t determine if bats returning to the cave could become infected from the soil-borne fungus, scientists were quite confident that it would be possible.