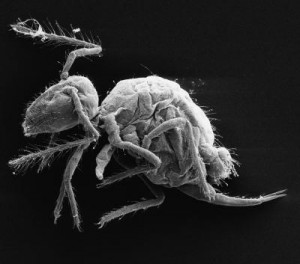 A team of scientists studying in an isolated region of Spain have discovered three new arthropod species in the Maestrazgo caves in Teruel.

Found in the a seldom studied region of the Iberian Range, the speleologists from the University of Navarra and the Catalan Association of Biospeleology encountered harsh conditions working at altitudes between 1,550 and 2,000 meters (5085 and 6561 feet) ASL.

The new discoveries belong to the species collembolan, one of the most ancient animal species on the planet. Surviving totally isolated for thousands, the critters, which lack wings and have different mouths and organs, are more primitive than modern relatives. 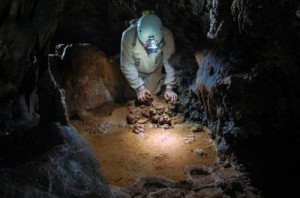 During the Expedition in the Caves. Photo by Floren Fadrique

Collected in traps (jars containing different liquids), the three species were found along side five other rare species that have been documented in other caves, some nearby and others further afield.

The results of the investigation published in the scientific journal Zootaxa.