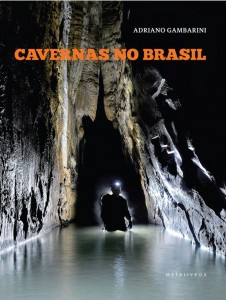 A new book highlighting Brazil’s caves is being launched later this month.

Titled Caves in Brazil (Cavernas no Brasil), the soon to be released book promises to take readers on a photographic journey through the history, geology and biology of the fantastic world of Brazilian caves.

Produced by Adriano Gambarini, a geologist, speleologist, and photographer with National Geographic Brazil, the book, which contains about 50 different caves representing seven Brazilian states, features approximately 160 images, the result of combination of art and photographic techniques developed by Gambarini during the past two decades.

Caves in Brazil is being launched with a book signing event at Espaço Araguari in São Paulo, Brazil on Sunday, November 25th, 2012.