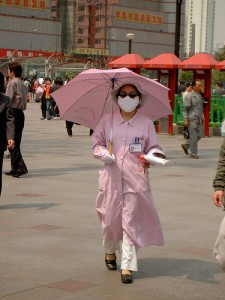 The virus, found to be related to SARS or severe acute respiratory syndrome which killed hundreds of people in 2003, has so far only been identified in two cases.

The first case involved a Saudi Arabian man who died several months ago while the second involves a man, currently in critical but stable condition in a UK hospital, who traveled to Saudi Arabia before becoming sick.

A spokesman for the World Health Organization announced on Friday that despite ongoing analysis, it seems that the virus is “not easily transmitted from person to person”.

Though it’s too early to tell how big a threat the new virus might pose, the World Health Organization issued a global alert early last week asking doctors to be on the look out for any potential cases.