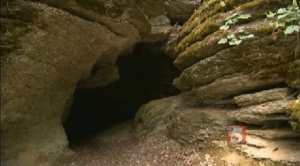 A 48-year-old man had to be rescued from a Tennessee cave on Tuesday after he suffered a stroke.

Firefighters responded to a call from Miller’s Cave/Southport Saltpeter cave in Maury County on Tuesday evening to rescue a man who had suffered a medical emergency.

The man, Darrell Smith from Nashville, was on a guided tour of the cave with friends when the incident occurred.

We were fixing to do the rest of the tour when the guy, he was standing up, and he more or less just sat down, and the girl asked him what was wrong, and we knew right then something wasn’t right, said Buddy Baldwin, Owner of Miller’s Cave/Southport Saltpeter cave

Two folks rushed to a place where they could get cell service, and called emergency services.

Some two dozen rescuers from the Maury County Fire Department quickly responded to the scene, their first cave rescue, and spent the next two hours carefully carrying the victim the 300 meters (1,000 feet) back to the surface.

Smith was then taken by LifeFlight air ambulance to Vanderbilt University Medical Center where latest reports indicate he is in stable condition.