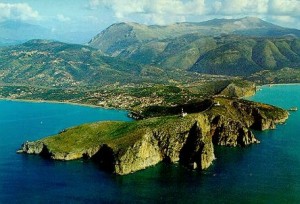 The divers, part of group of nine exploring the cave known as Blood Grotto, became disoriented after they lost visibility when sediment was kicked up from the floor.

Eventually five of the divers managed to find the way out while four others headed down a dangerous dead-end tunnel to a chamber with no exit.

We couldn’t find the exit. At a certain point I managed to find my way. I took as many people as I could with me and we swam towards the light, which grew bigger all the time. When I came up, I looked around to count us and I realised that Susy, Andrea, Douglas and Panos weren’t there. I dove back in and went looking for them but I couldn’t see them. Then my tank ran out of oxygen. Marco Sebastiani, Survivor to Il Messaggero

The four divers who were killed include Greek-born Panaiotis Telios, 23, British-born Douglas Rizzo, 41, and Italians Susy Covaccini, 36, and Andrea Pedroni, 40.

An investigation into the incident has been ordered by Italian officials.

Named for its red walls which are caused by bacterial growth, Blood Grotto is one of more than 30 popular underwater caves visited by divers in the Cilento and Vallo di Diano National Park, a UNESCO World Heritage site.