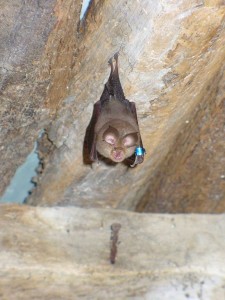 Council members in Ireland’s Clare County have ignored the advice to zone an area around an important bat cave as “open space”, and instead allowed it to be zoned as housing.

Poulnagordon Cave, near the village of Quin, is home to some 89 lesser horseshoe bats, a species that is legally protected through the European Union habitats directive.

The result of the vote, which was overwhelmingly in favor of zoning the site for housing, was also contrary to the recommendation given by the Irish National Parks and Wildlife Service in a report which calls Poulnagordon Cave a special area of conservation and internationally important.

The lesser horseshoe bats, whose numbers have experienced a decline due to the disturbance and/or destruction of their roosts, changes in agricultural practices and the loss of habitat, could now have housing built a mere 120 meters (400 feet) from their home.