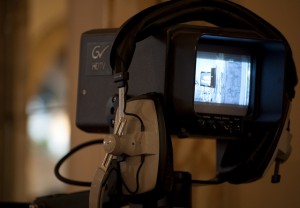 Photo by UK in Italy/flickr

A contest to create a create a short promotional video for the European Speleological Federation‘s newest venture, Speleo-TV, has just been announced.

Launching in September 2012, Speleo-TV will offer cavers the opportunity to connect and share their underground experiences with the worldwide caving community via the internet.

The winner of the contest is to be announced at Speleodiversity 2012, being held in Switzerland at the end of September, and will be able to choose one of the following prizes; a Scurion lamp, 550€ ($700 USD) worth of audio-visual gear, or a 500 meter (1,640 foot) Beal rope.

The video “trailer” should be between 30 and 90 seconds long, and contain the European Speleological Federation logo and speleo-tv.eu website.

For more information, including the offical contest rules, visit speleo-tv.eu.