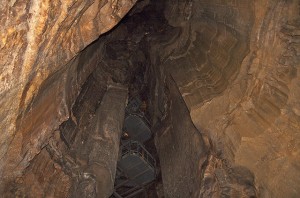 An elderly man died on Wednesday while taking a tour of Mammoth Cave National Park.

While touring the cave with his family 67-year-old William Larry Martin of Bronson, Florida became ill. He was about 1.5 miles into the 2-mile Historic cave tour which began at 11:00 am.

Tour guides contacted the surface via telephone around 12:20 pm and immediately began CPR. 25 minutes later, EMT’s and a rescue crew had arrived from the surface and applied an AED.

Despite the quick action by rangers, the man did not survive and was declared dead at 1:18 pm.

Mr. Martin was the first person to die on a cave tour since the 1980’s.