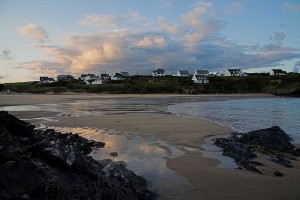 The plan to install a system to discharge wastewater into a cave concerns local residents.

A youth hostel has developed a plan to release treated wastewater at night during high tide into a cave on the beach along Treyarnon Bay in south-western England.

The system, which costs £250,000 ($396,925 USD) would discharge clear sterile water into Treyarnon Bay, and would include a back-up system in case of error.

We’ve taken the best advice we can from our own consultants, from the statutory bodies including the Environment Agency, and they’ve all said this system is totally appropriate. Jake Chalmers, YHA property director

Many local residents remain skeptical about the plans, citing concerns about contamination.

There are many thousands of people that love this beach and I find it very sad that it will be even contemplated by the council. Sam Henwood, resident

According to the Youth Hostels Association, the alternative of connecting a pipe to the main sewer half a mile away is not a viable option.